Sourdough, According to Adam Robinson 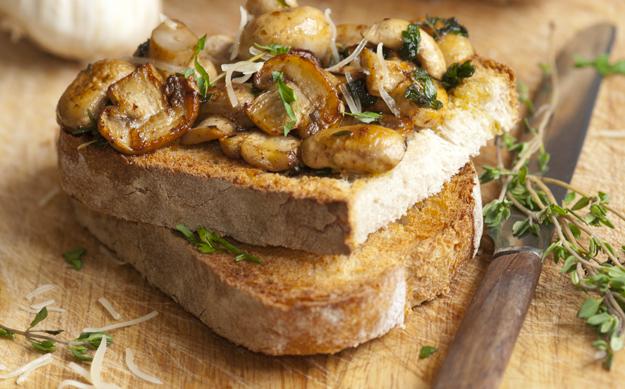 Successful chef and restaurateur, Adam Robinson, offers some hands-on advice and information on the art of sourdough bread. While not all Durbanites will know his name, they’ll certainly recognise the names of Robinson’s latest success stories, The Glenwood Restaurant and The Glenwood Bakery. The local favourites are famous for traditional Italian cuisine and artisanal breads, respectively. And as Head Chef of The Glenwood Restaurant and owner of both, Robinson is a bastion of knowledge on both topics.

It is a loaf of bread that has been fermented without the addition of commercial yeast. Sourdough loaves are breads that have risen due to the action of wild yeasts that have been cultivated by the baker.

Why ‘sour’? Because wild yeasts are normally not as active as commercial yeast and thus do their job more slowly. This gives time for bacterial action to take place in the dough, creating that famous sour taste. In general, this is from various strains of bacteria producing lactic acid and acetic acid. Yeast, by the way, is a fungus.

A Brief History of Sourdough

Obviously sourdough breads are the original risen breads. They were started by the ancient Egyptians around 1500 BC. Often a piece of dough was kept back to start the next ferment. In England, the kneading trough was never cleaned out and was known as the souring trough – dried bits of dough contain a rich microflora.

Bread baking and beer making have always been closely linked and in the Middle Ages in Europe the top of fermenting ale was used to ferment doughs. This was known as the barm (and hence the term barmy – frothy). In The Glenwood Bakery, we refer to our mother sourdough culture as the barm. More on that later.

How to Make Sourdough

This is a subject fraught with mystery, though there should be none. Some swear that you need a full moon, I even heard of one story of someone ‘catching wild yeasts’ in the Durban Botanic Gardens.

But on a serious note, there are yeasts present in the air – though not many. There are, though, thousands of yeast cells per gram in unbleached flour, many more on your hands and, importantly, many lactobacillus on your hands. So, if you don’t want to spend R25.00 and buy a jar of established sourdough culture from me, I suggest mixing equal parts in weight of flour and water (at 24°C), covering it and then ‘refreshing’ it over four days.

By ‘refreshing’ I mean: For every 100g of existing culture, add 200g of flour and 200g water. If you use unbleached, stone ground flour, Durban’s finest tap water and keep it as much as possible between 10°C and 25°C, I would be very surprised if you don’t have a bubbly, sweet, slightly alcoholic mixture, with maybe some berry (acetic acid) or banana (acetone) overtones. If you don’t have this effect, catch a taxi to The Glenwood Bakery and spend some money.